Helmsley Town Council provides some of your local services. We strive to make Helmsley and Carlton better places to live, work and play. Our website includes a wealth of information about how we conduct business and what we do. Use the search or browse the site to find whatever you are looking for. If you can't find the information you require then please contact us. 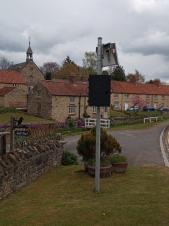 The first data from Helmsley Town Council's Vehicle Activated Signs has been published on the council's website. The period covered is the 1 April to the 10th June 2021.

A170 Traffic Speeds and complaints to the town council 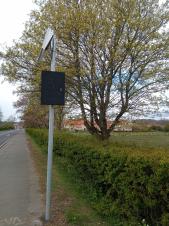 After the May Bank Holiday weekend, many complaints were received about the speed and noise of traffic on the A170, both entering and leaving town. Many residents have reported speeding in the past to the 95 Alive campaign. Andrew Santon, Highways Customer Communications Officer. Area 3, Scarborough & Whitby & Area 4 Ryedale NYCC Highways has provided the following detailed response:

Thank you for your emails regarding speeding traffic in Helmsley. I'm afraid the Traffic Bureau at North Yorkshire Police don't prioritise sites to go through the Speed Management Protocol (SMP) process by the number of complaints they receive. They look at the evidence gained from the surveys to then make decisions regarding what action is required. I have now heard from my colleagues regarding the questions raised by the Town Council. More »

· Would it be possible to have 'residential area slow down' signs?

All signs placed within the 'highway' have to conform to the regulations as specified by the Department for Transport in their traffic signs manual. No such sign exists within the regulations so we would not be able to install an unofficial sign on the highway.

· Would it be possible to have speed camera signs even though there aren't any? Apparently some villages are doing this. I wonder if this is in areas where police visit with their mobile cameras.

No, this is not something we could do as it would be misleading the motorist. We are not aware of any villages that are doing this. We did have a village that installed some unofficial signs along these lines but as soon as we became aware we got them removed. My colleagues are unaware if the police are installing these signs in areas where they visit with their speed enforcement cameras, they have not asked permission to do so.

· Would Highways look at speed mitigation measures? For instance NYCC and RDC using some of the funds resulting from developments to provide a mini/bigger roundabout which would interrupt the 'drag strip' in and out of Helmsley?

It is considered early days yet for the VAS sign and the injury collision data does not highlight this area as a high risk site. A roundabout at the end of Riccall Drive would slow vehicles but there is no funding available. Costs to install a roundabout are significant.

Looking at the SMP database I can see that 4 sites have been through the process;

The link below will take you to the latest public facing information.

Since January this year North Yorkshire Police's Safety Camera Van has been on the A170 Bondgate, Helmsley 21 times. The route is classed as a 'KSIR' which is a 'Killed or Seriously Injured route. They have issued 205 drivers with a 'SAC' Speed Awareness Course and 33 drivers with a 'CO' Conditional Offer, this is an offence that cannot be dealt with by means of education. They also fined two drivers for not wearing seatbelts. This information which is updated regularly, can be found by following the link below;

Two of the sites were recommended for Community Speed Watch did any members of the community come forward to run these? North Yorkshire Police can provide more details if people are interested to get involved.

I hope this information is useful but I'm afraid there isn't a great deal more that we can offer at the moment. It does appear that North Yorkshire Police are regularly visiting Helmsley to take action against speeders on the A170.

I would suggest asking someone from the Traffic Bureau to attend your next meeting to discuss Community Speed Watch might be of more use looking at the recorded data. » Less

The council has received many complaints about the motorhomes in the Cleveland Way Car Park - numbers, noise, waste disposal etc. These complaints have been referred to Ryedale District Council who own and manage the car park. I have been in touch about evening visits by enforcement, the provision of facilities for waste disposal, safe spacing of campervans, and if numbers are restricted to the allocated space the potential problems that may arise by on-street parking elsewhere in Helmsley as I have noticed a couple by The Old Cemetery gates. The matter is on the town council agenda for its meeting on the 21 June, venue to be arranged. In the meantime, please report problems and anti-social behaviour to communityteam@ryedale.gov.uk and/or the RDC Community Link Officer jack.moore@ryedale.gov.uk. RDC has provided the following update just now: More »

"The first Enforcement Officer to start on shift each day will visit the Cleveland Way car park as their first location and are aware that campervans / motorhomes are not permitted in the central section of the car park. We will keep this arrangement under review in case issues arise elsewhere in Ryedale that require the attention of the Enforcement team.

New signage informing motorhomes that overnight parking is only permitted in the rear section of the car park has been designed and is will be manufactured and installed ASAP. Further signage reminding users about the requirements of the site such no no BBQ's, remove all litter / waste etc will also be produced. In addition, new red lining and wording has been requested for the central section to be clear to motorhomes that no parking is permitted in that section of the car park, and patrols by the RDC Civil Enforcement Officers will also take place in addition to the Parking Enforcement Officers. Our intention is for these actions to be implemented within the next two week." » Less

A170 Traffic Speeds and complaints to the town council bit.ly/2TUbcnB